Suspended in a cross formation are four illuminated plexi vessels, each containing a nebulous cube of one of the four subtractive primaries used in the CMYK process. The hazy cubical forms reference visual culture constructions such as the screen and the hologram, while simultaneously dialoguing with monochromatic painting of the 20th Century. Spriggs has built an artistic practice characterized by a desire to transcend the limitations of “flat” media in re-creating three-dimensional space. The particular social, political, and technological connotations attached to individual colours, and by extension, the tradition of the monochrome loom large in Spriggs’ chroma-centric practice. The artist, however, prefers to describe his works as “stratachromes.” This formal designation captures the layered process that gives literal dimension to Spriggs’ hovering, soft-edge, monochromatic “Spatial Image Sculptures.”

4 Colour Separation is the latest instalment in a collection of works that exhibit a longstanding engagement with the mechanics of perception. While the exploration of optics is a persistent feature of Spriggs’ practice, one must not overlook the haptic and corporeal dimensions of the artist’s work. Much like its large scale and immersive predecessor, Stratachrome, 4 Colour Separation creates a ground to be navigated. The substantial dimensional presence of these Spatial Image Sculptures implicates our bodies in the viewing experience and speaks to the dynamic nature of perception itself. The constantly shifting play of light and chromatic intensity as one moves around the work imbues these stratachromes with tremendous vitality and a special power to split a single ubiquitous printing process into multiple poignant embodied experiences. Like Stanley Kubrick’s monolith in 2001 A Space Odyssey, Spriggs’ enigmatic stratachromes create perceptual encounters that demand full survey and are defined by perplexity, reverence, and utter enchantment. 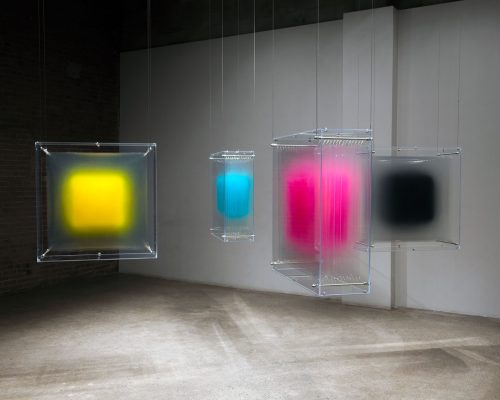 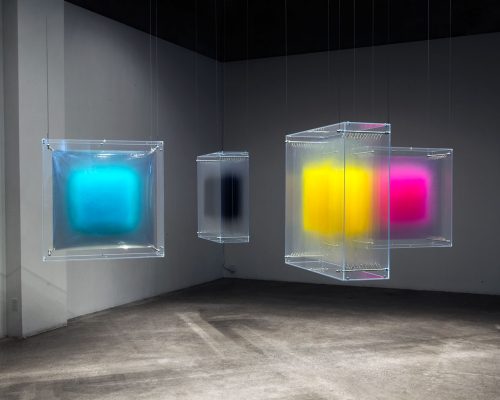 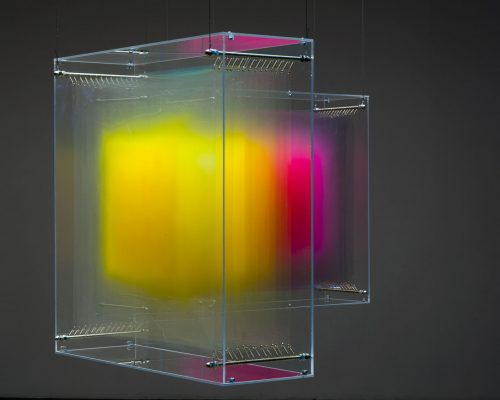 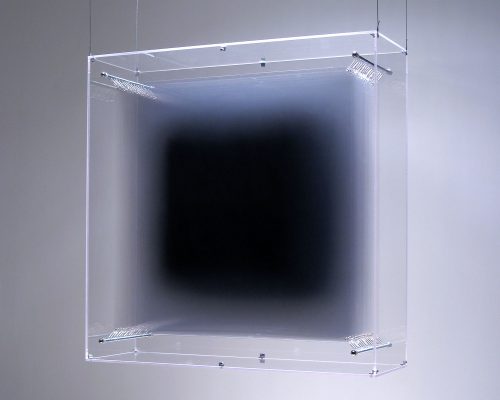 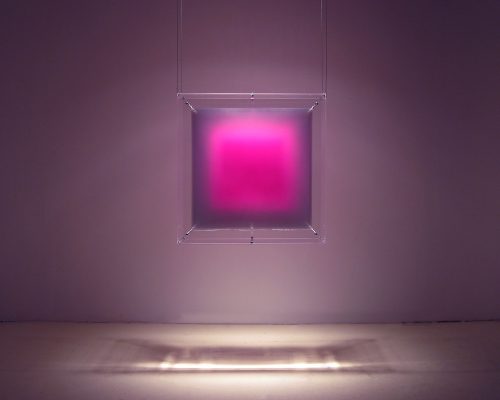 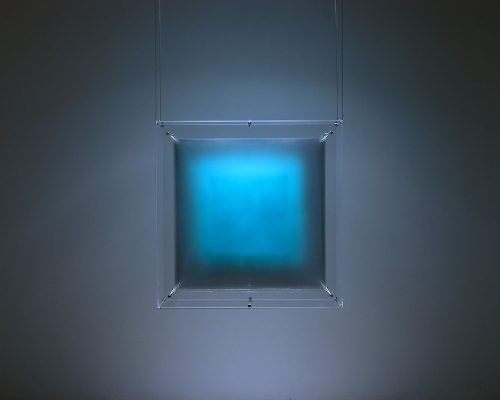 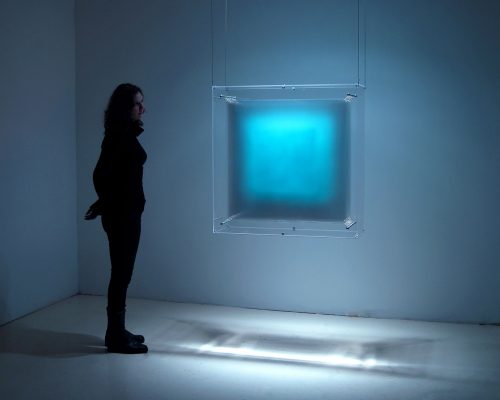 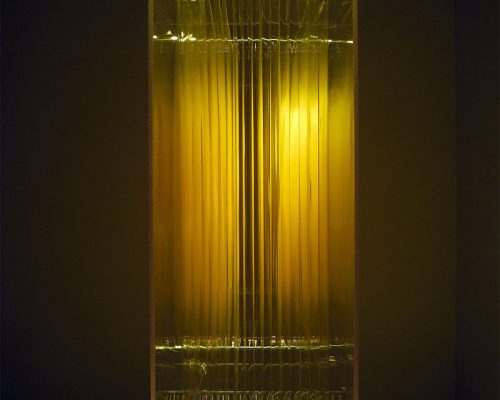 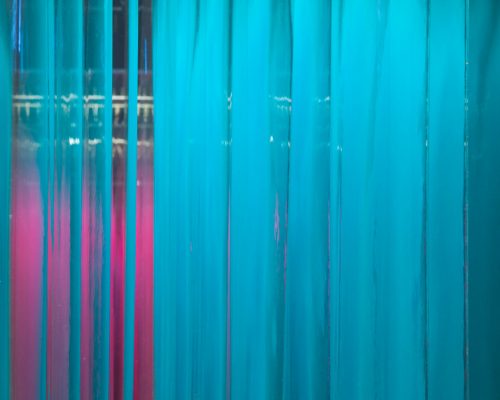