David Spriggs’ installation artwork ‘Divided Power’ gives the concept of power sculptural form. The artwork presents a sphere-like form made up of sharp fragments that appear to be violently exploding, but seen from the side, the entire form disappears, revealing that it is not truly a solid, cohesive structure.

The sphere, traditionally symbolic of unity, suggests here the idea of centralized power, while the fragmentation and explosion of the sphere, alludes to the decentralization and expansion of power. The artwork is separated into two distinct sections, with a clear division between the two halves, and as its title suggests serves as a metaphor for the division of power.

The artwork was first exhibited in the Kraftwerk Berlin, a former power station, adding further layers of meaning to the installation by emphasizing the relationship between power, structures, and architecture. 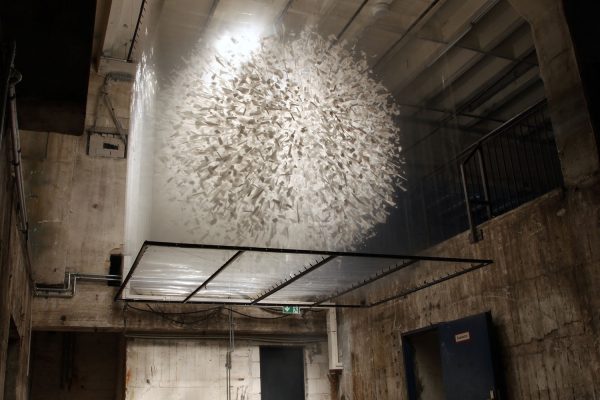 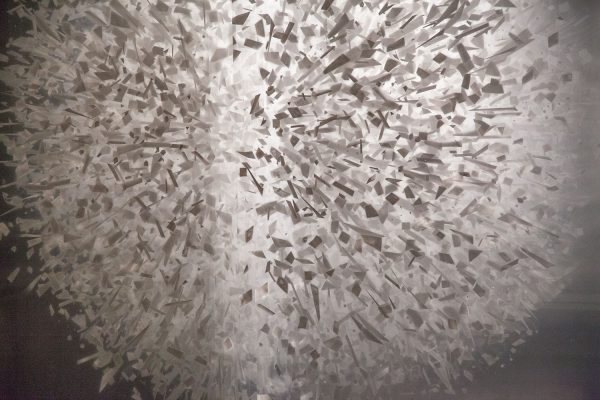 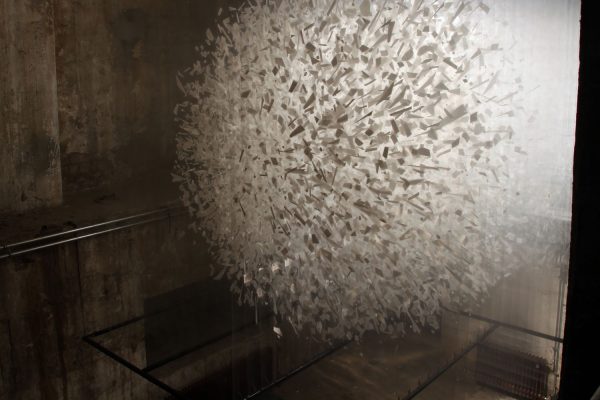 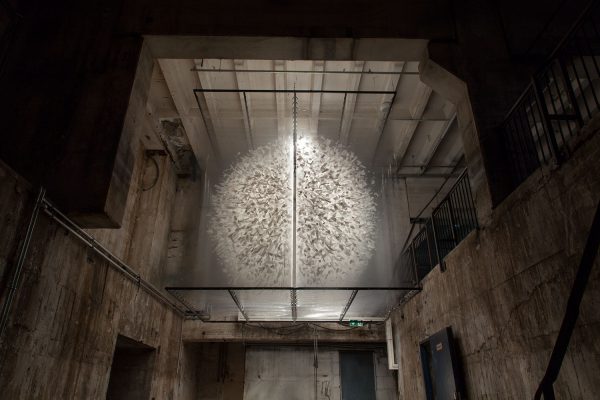 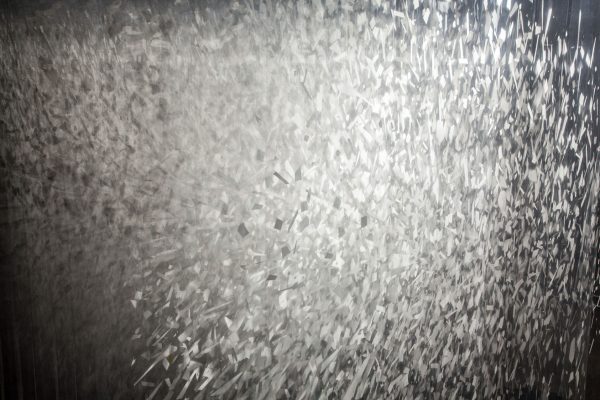 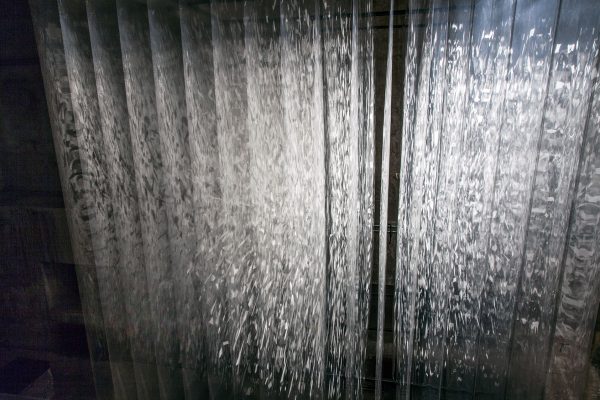