Spriggs gives immaterial-form to contemporary State power with his monumental scale artwork ‘Regisole’. The artwork which represents an armoured police officer on horseback is hand painted in a very technological-like colouring, reminiscent of the thermal-imaging camera imagery used by the police and the military. The spectrum goes from a deep red – for the warmest parts – to a dark blue – for the coolest parts. ‘Regisole’ glows like an apparition, creating a moving chromatic experience.

Spriggs’ ‘Regisole’ is inspired by the ancient equestrian statue of the same name originally erected during the 3rd century AD for a Roman Emperor in Ravenna, Italy. ‘Regisole’ means ‘Sun King’. Regis is Latin for king, and Sol means the sun. The original ‘Regisole’ was destroyed after the French Revolution since it was seen as a symbol of monarchy. Spriggs’ positioning of the police officer and horse accurately represent the description of the positioning of the original ‘Regisole’, such as with the outstretched hand of the officer in the ‘adlocutio‘ position (Latin: addressing) exercising power and authority. 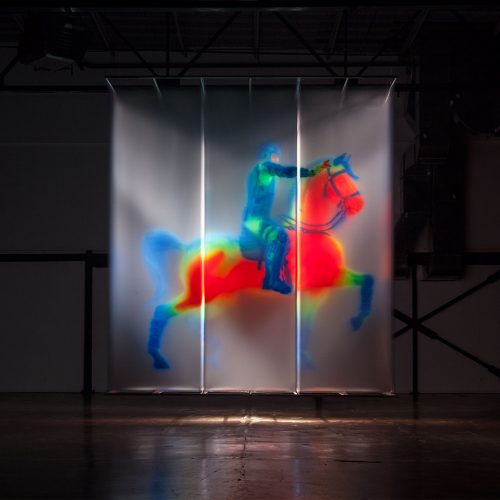 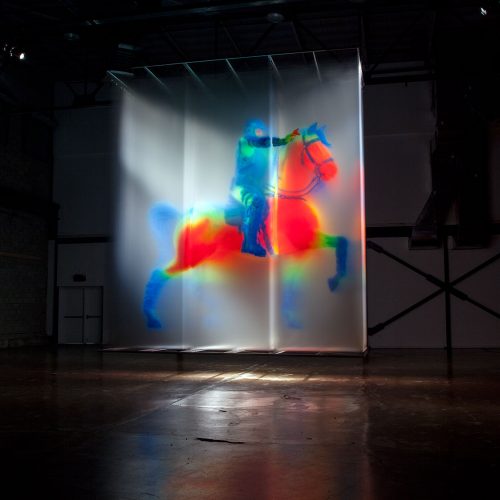 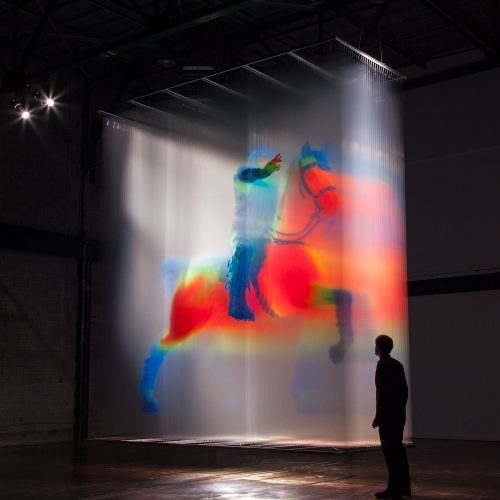 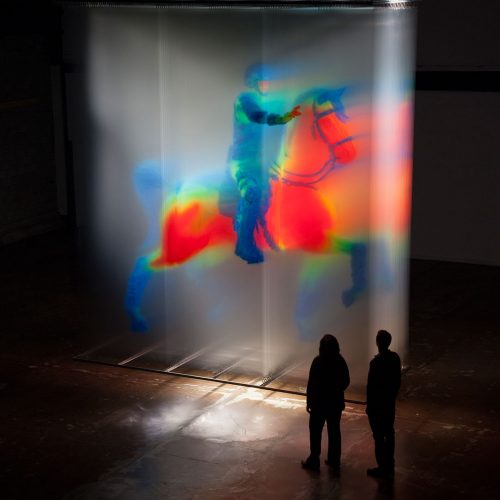 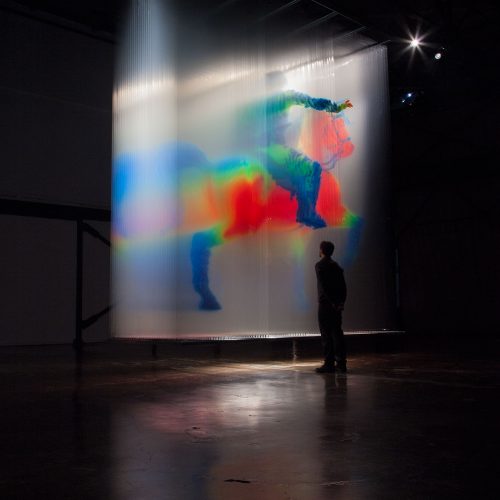 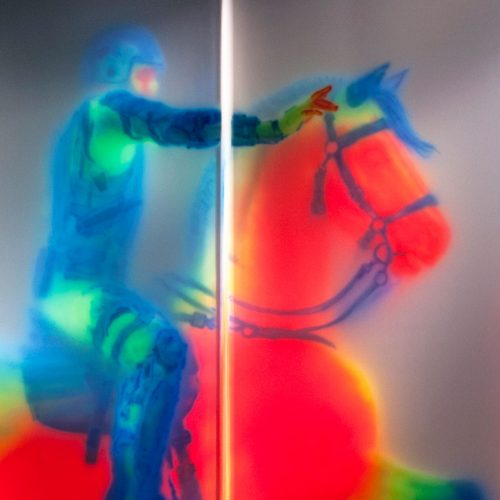 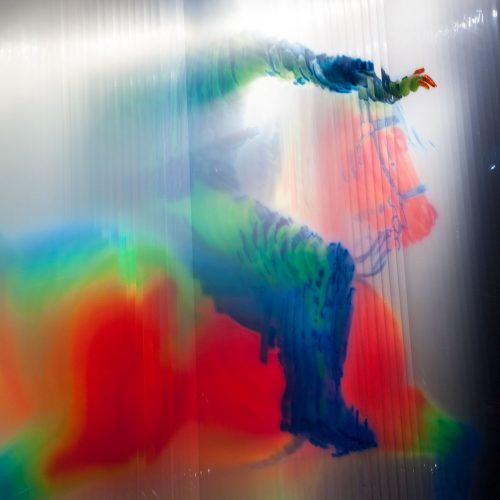 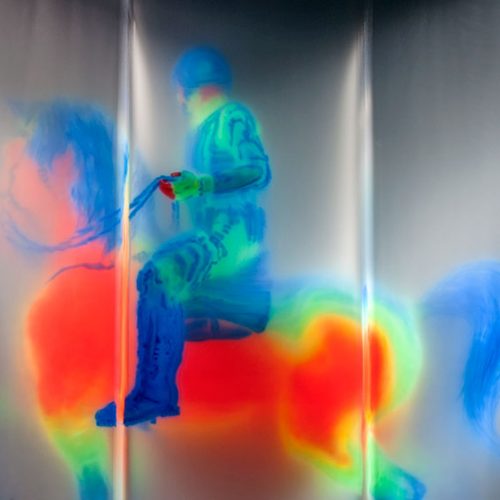 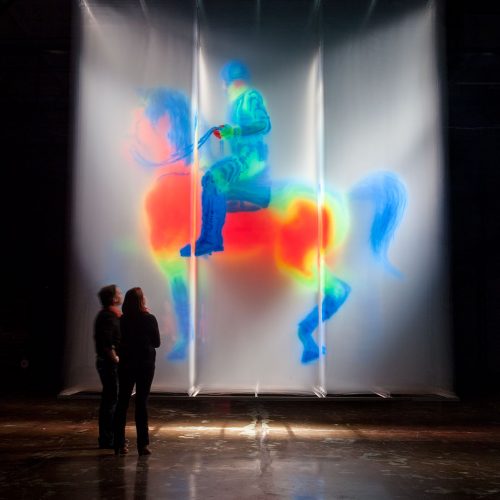 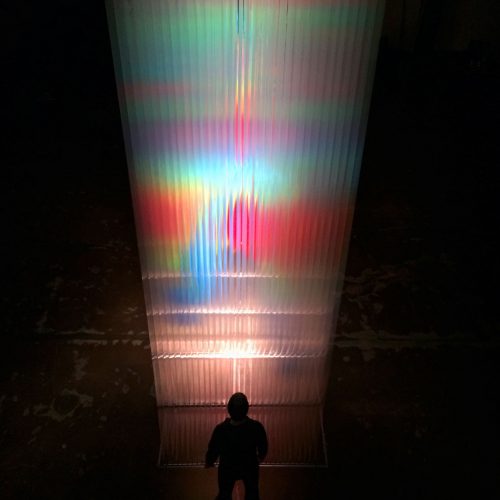 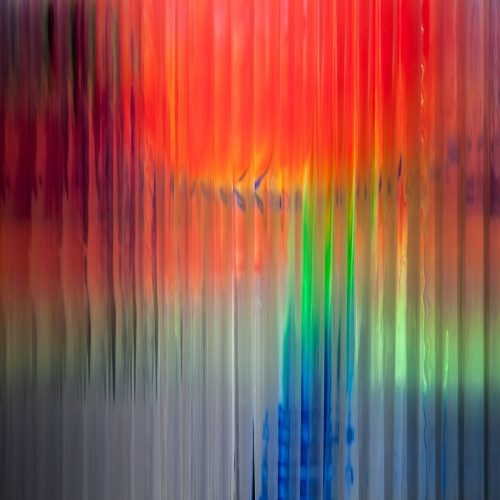