Transparency is often used as a metaphorical device in state architecture to suggest a more open and democratic government and therefore society. For example,  the use of transparent glass in political buildings such as the Bundestag in Berlin promotes this ideology. David Spriggs explores this notion of metaphorical transparency with the artwork ‘Logic of Control’ by creating a transparent representation of the well known surveillance apparatus – the Panopticon.

The Panopticon was designed by Jeremy Bentham around 1787 as an ultra-efficient prison. The design was most famously spoken about by Michel Foucault who talked about the relationship between vision and power – how vision is a source of power. The idea was to build a circular structure with every inmate cell facing an interior core where a central observation tower could be built. From that observation tower a single guard, equipped with a powerful light, could easily monitor all inmates. The prisoners however would not be able to see each other or the guard, and therefore would not know whether or not they were in fact being watched. In many ways this is the beginning of mass surveillance apparatuses and the idea that people will govern themselves strictly on the notion that their actions are being watched. Closed-circuit television (CCTV) and other contemporary surveillance cameras operate on the same principle as the Panopticon, the theory of imposed self-governance. 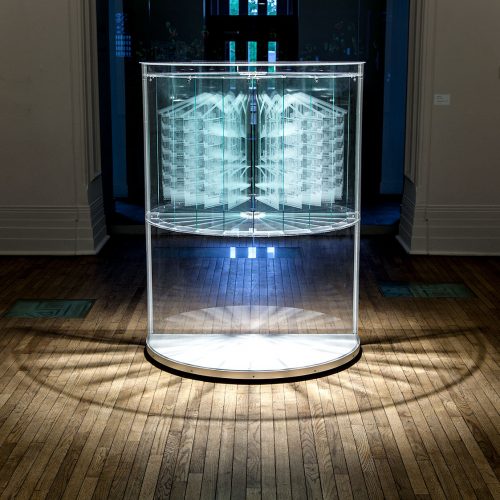 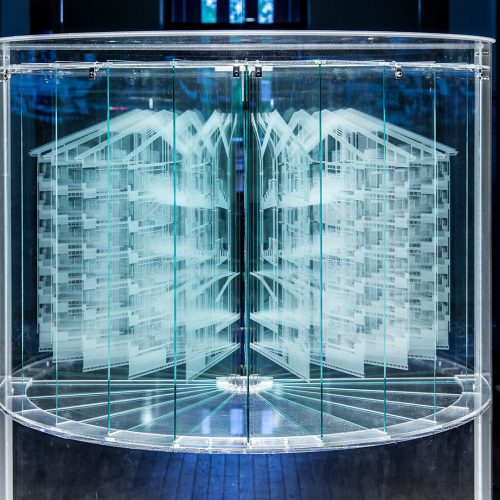 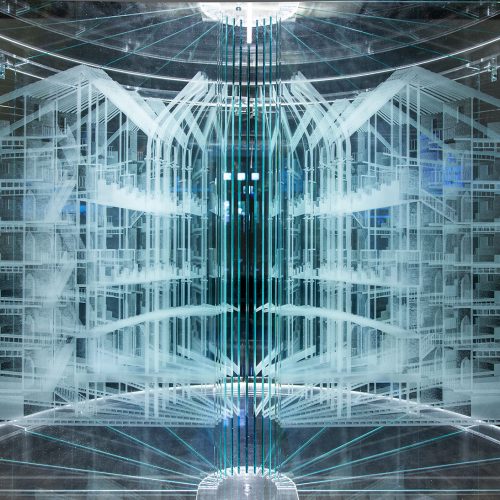 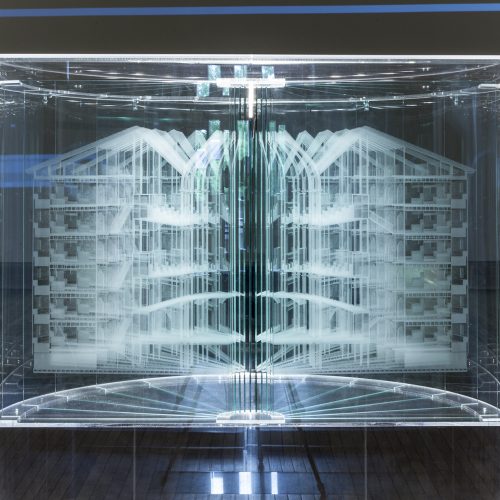 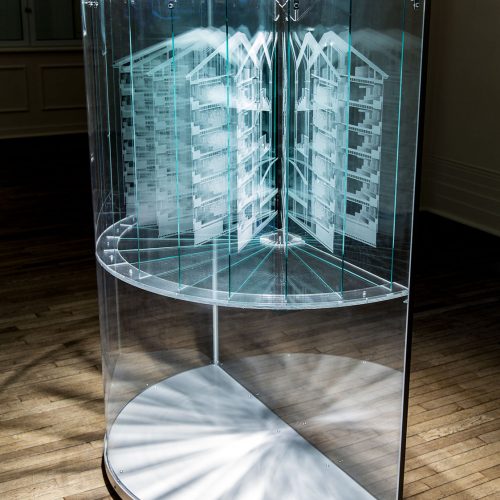