David Spriggs’ large-scale sculptural installation, The Paradox of Power, is an investigation of rapid change, deconstruction and symbolic revolution. In the same vain as the Futurists, Spriggs is interested in the representation of time and motion in the sculptural form. Using layering as a device, Spriggs has developed “an environment that breaks free from the laws that constrict both two and three-dimensional materials, bringing together painting, drawing, photography, digital-modeling, and sculpture, to create a spatial topographic system”… Spriggs has installed of a life-size model of a stratified bull, cut in two, with each end displayed in two adjacent cases, each a sublime eight feet high and ten feet wide. Spriggs’ investigation of the multiplicity of time and its relationship to the sculptural form is here transcribed in his an analysis of the bull as a semiotic agent. By literally deconstructing the bull through a layering of transparent stratum, the mythologized ‘power’ the bull represents is “fragmented, and reconstructed in an alternate reality.”The bull is rendered immobile, flipped upside down, legs in the air. The form is further transformed in the plastic anaglyphic binary colours of each half — a paradox of red and blue. This binary references not only the deconstructive possibilities of vision itself, but also an antithesis of power in the corporeality of the bull contained, divided and sacrificially immobilized.. Like Muybridge’s running horse, Spriggs uses the representation of serialized time to suggest a paradoxical ordering of symbolic power. 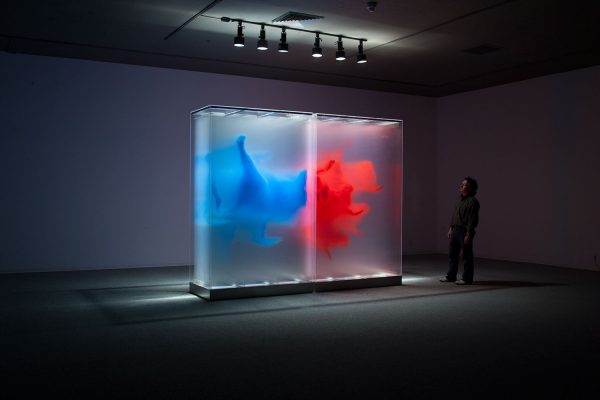 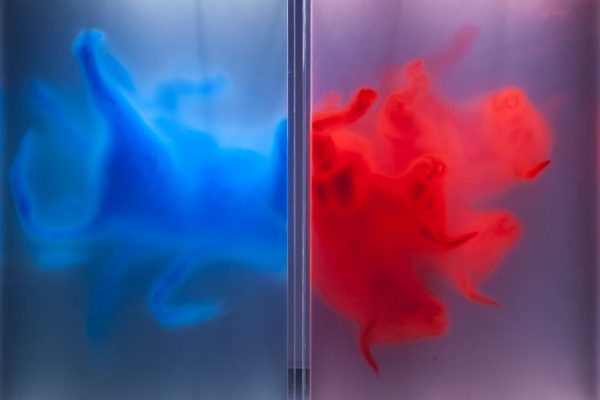 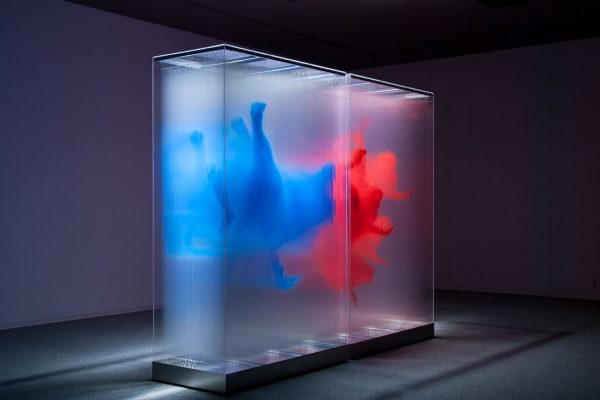 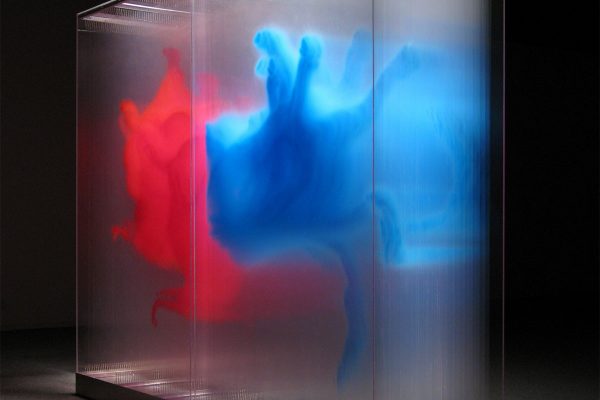 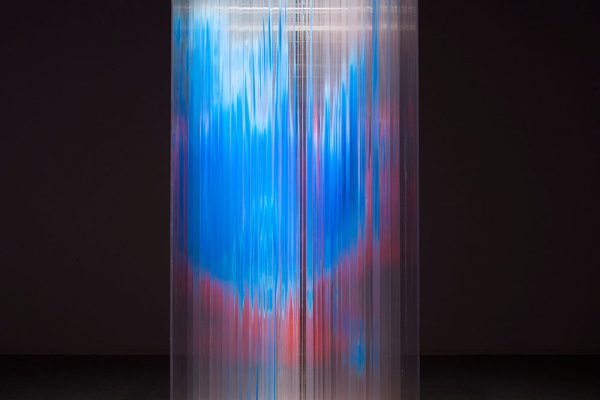 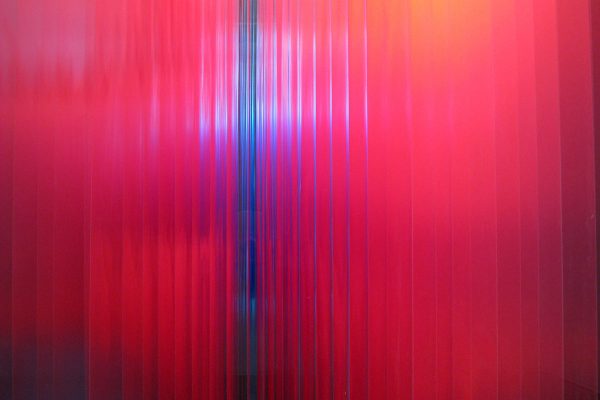 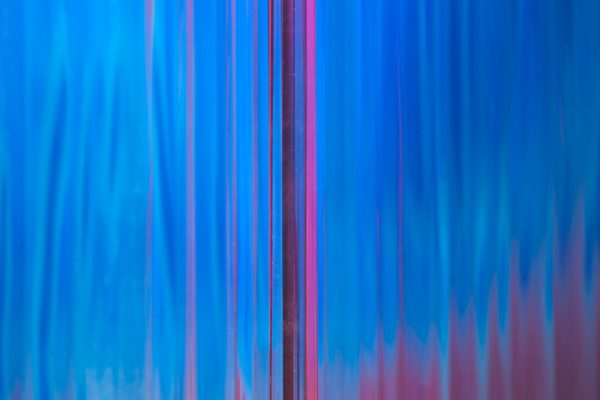