Dark matter is a hypothetical form of matter that is thought to make up approximately 85% of the universe’s mass. It is called dark matter because it does not emit or absorb electromagnetic radiation, making it invisible to telescopes and other instruments. Scientists infer the existence of dark matter from gravitational effects on visible matter, radiation, and the large-scale structure of the universe. The study of dark matter is one of the most active areas of research in astronomy and cosmology, as it plays a critical role in our understanding of the universe and its history.

David Spriggs’ ‘Dark Matter’ seeks to convey the concept of dark matter as a three-dimensional form. The sculpture is composed of layers of painted transparent film arranged in a display case creating the impression of black smoke suspended in time, a metaphor for dark matter. As the viewer moves around the sculpture, the smoke-like form disappears, much like how dark matter is not visible to traditional means of detection. 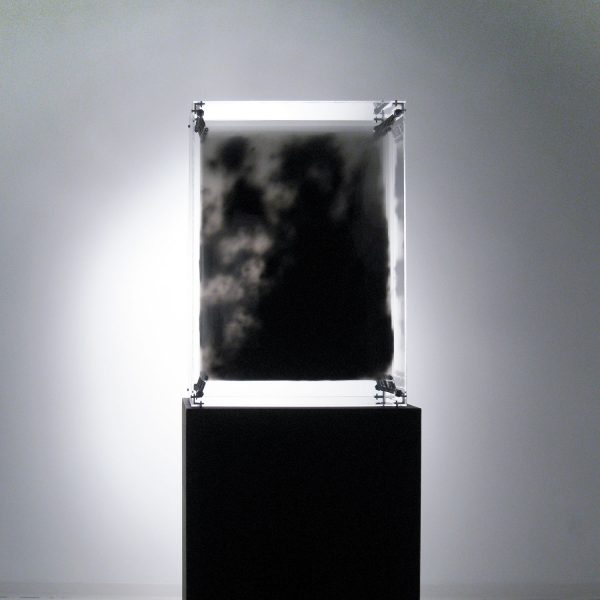 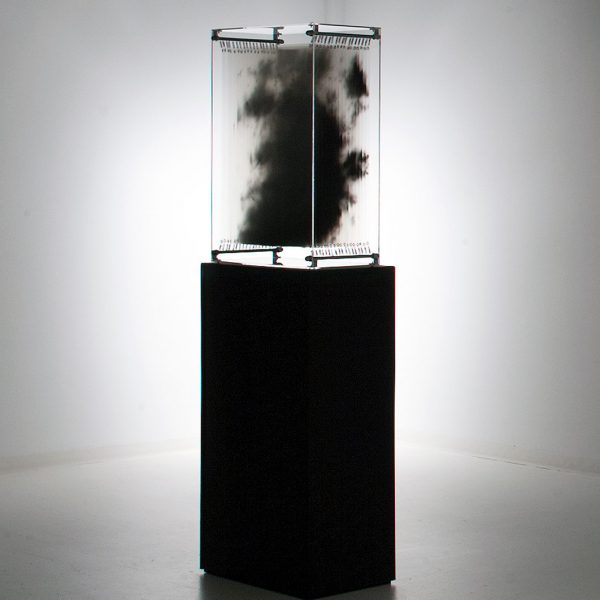 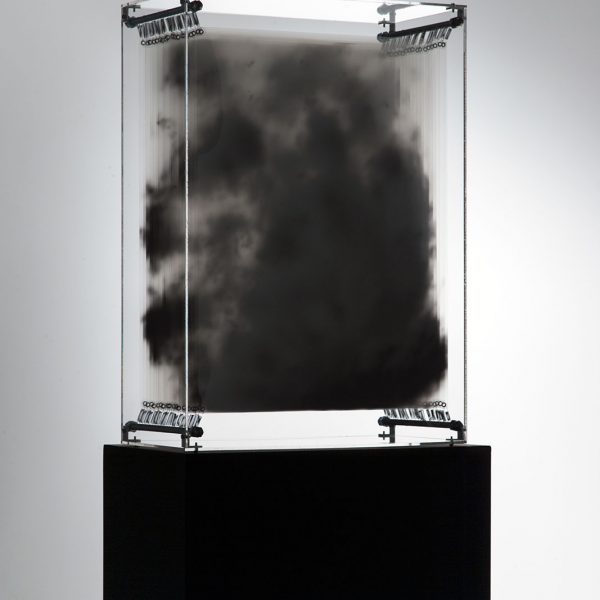 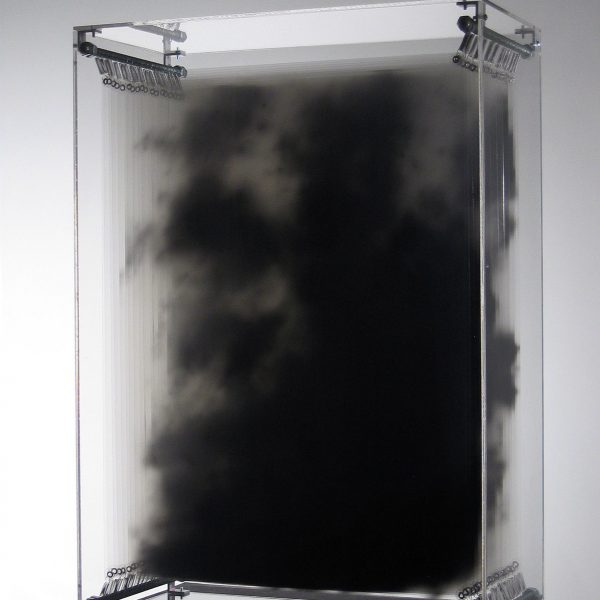 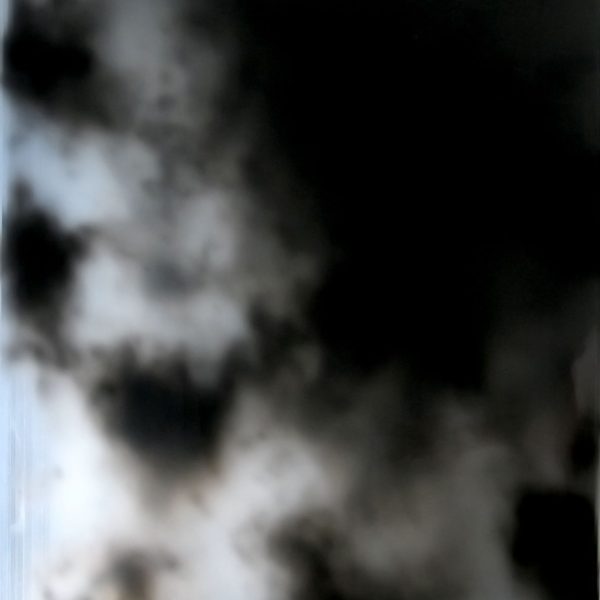