Stratachrome: / strāt’ə ˈkrōm > noun.
Any image or object developed or executed in multiple planes or layers of colour

Presented as if in suspended animation, the luminous installation offers a synthesized perception of the represented bodies and masses, referents of the contemporary power whose chromatic resonances belong to the military, artistic, social and technological spheres. The aim of Spriggs’ approach is to surprise reality in order to immobilize it, the better to identify the figures that govern the power. In this, his strategy is not unlike the anamorphic process: rather than creating a vanishing point for the viewer’s eye, he inverts the conventions of perspective so that the viewer becomes the vanishing point. The large scale favoured by the artist and the curved shape of the sections serve to flood the visitor’s gaze. The work occupies nearly the entire field of vision in the gallery, producing a cinematic effect in which the iconography reads like a montage composed so as to simultaneously fuse and confuse the information. This effect functions like our own perception of reality, which is most often shaped by a montage of temporalities produced by the new technologies that redefine our grasp of events. The Internet remains the principal symbol of this. Thus, even while making the viewer omniscient, the work testifies to the fact that an overabundance of images can also be blinding. (Text by Marie-Eve Beaupré) 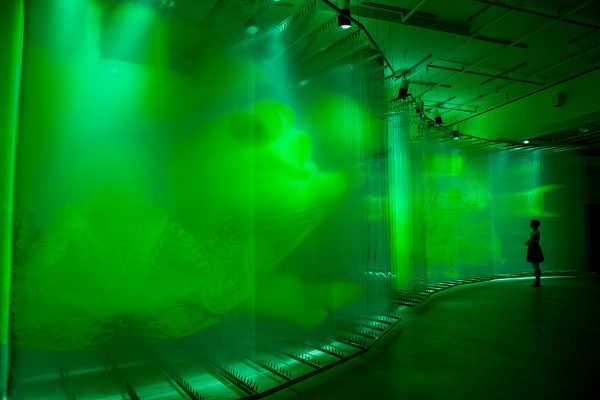 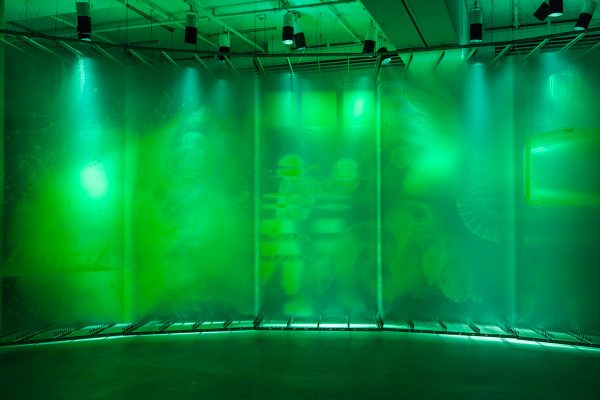 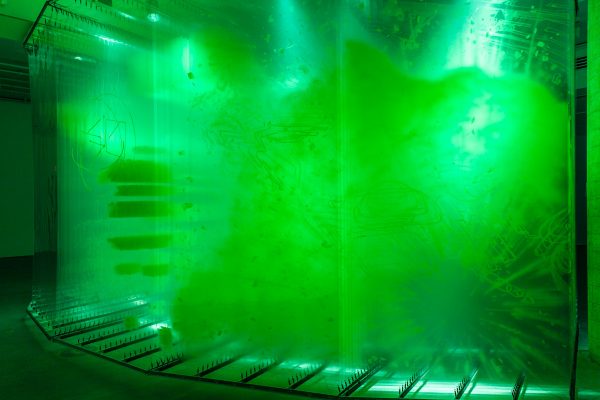 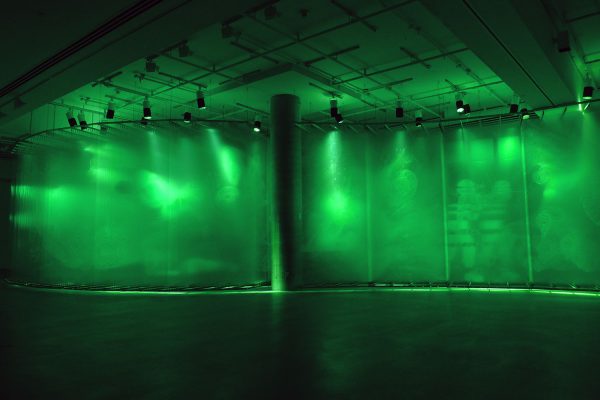 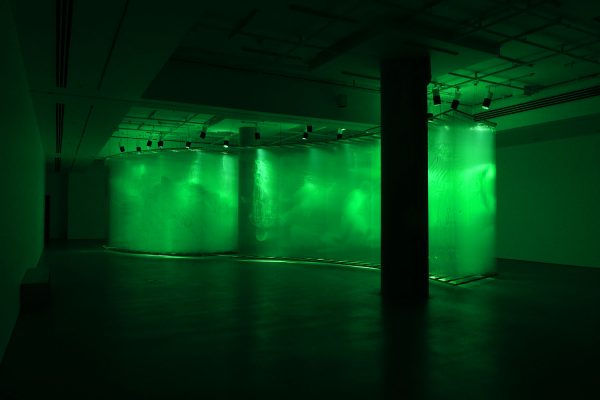 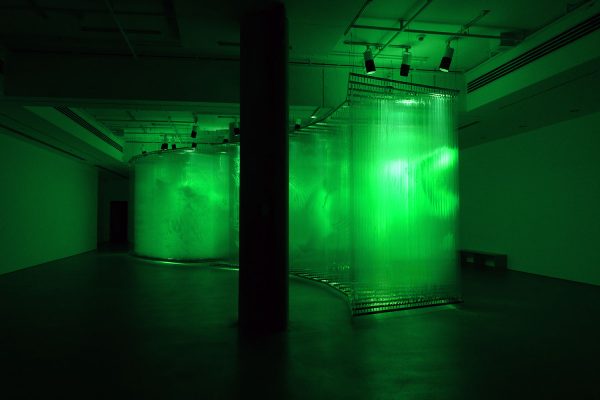 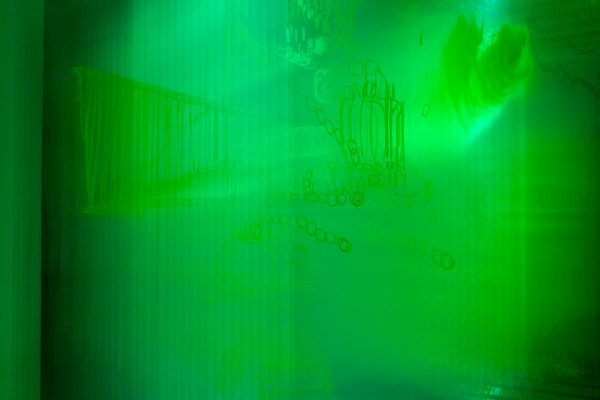 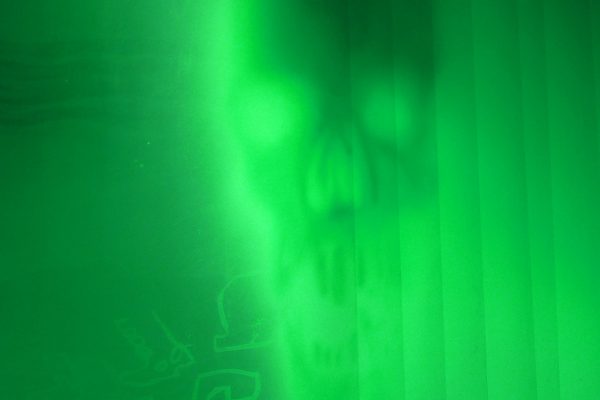 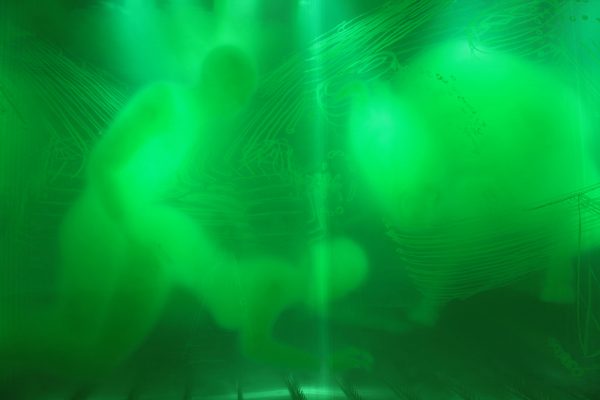 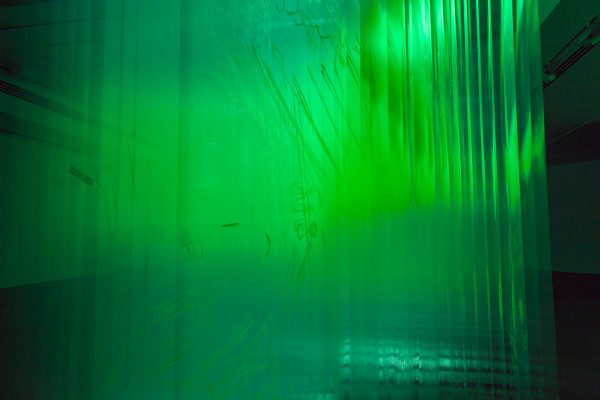 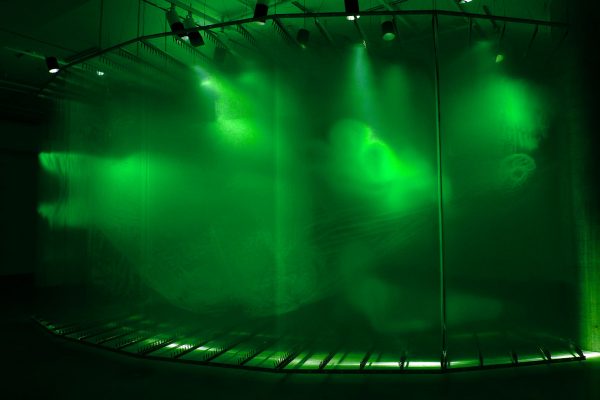 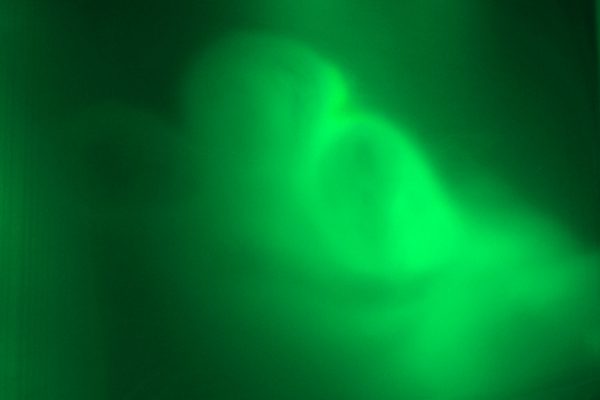 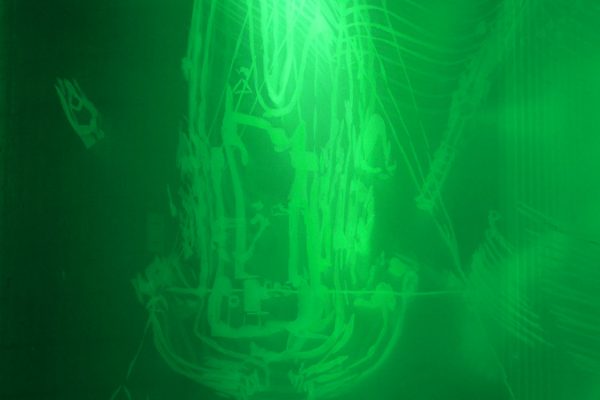 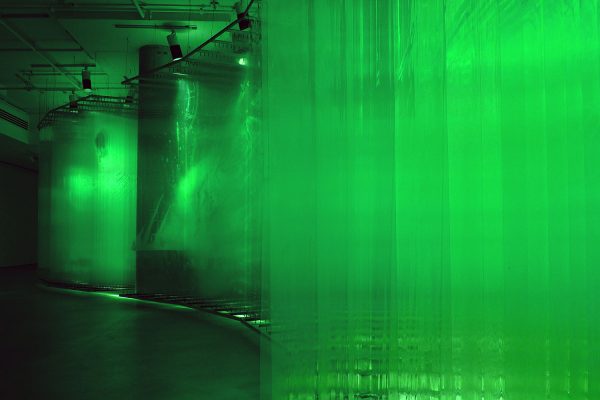 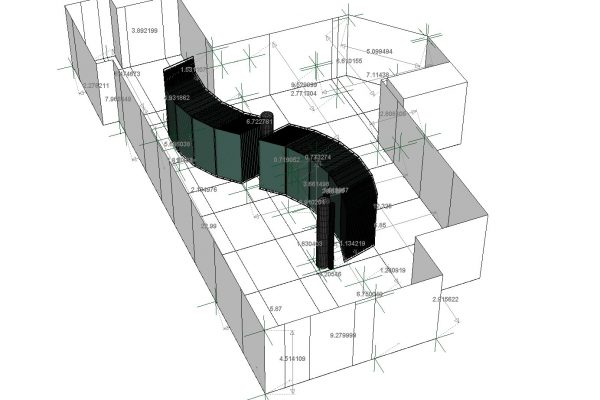