In the artwork, Zenith, the force of nature appears to be captured in three-dimensions, echoing the powerful and turbulent waves of a coastline. The painted sculpture is an interplay between movement, light, and dimensionality. It is an exploration of space, both architectural and sculptural. The use of transparent plexiglass and multiple layers allows the piece to be viewed from different angles, creating a sense of depth and spatial awareness. As the viewer moves around the sculpture, the wave form appears to shift and change, inviting them to engage with the work on a physical and perceptual level. This interactive quality makes the sculpture not just a static object, but a dynamic and ever-evolving entity that exists within the space around it. Spriggs invites the viewer to consider the relationship between space and form, and to think about the ways in which we occupy and interact with built and sculptural environments. 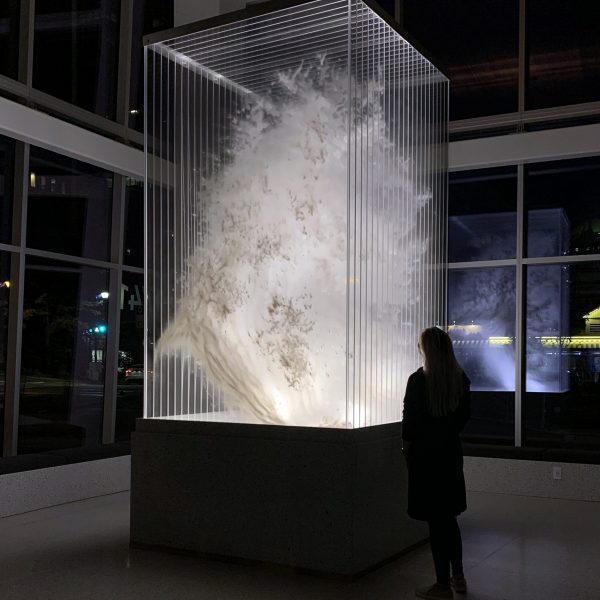 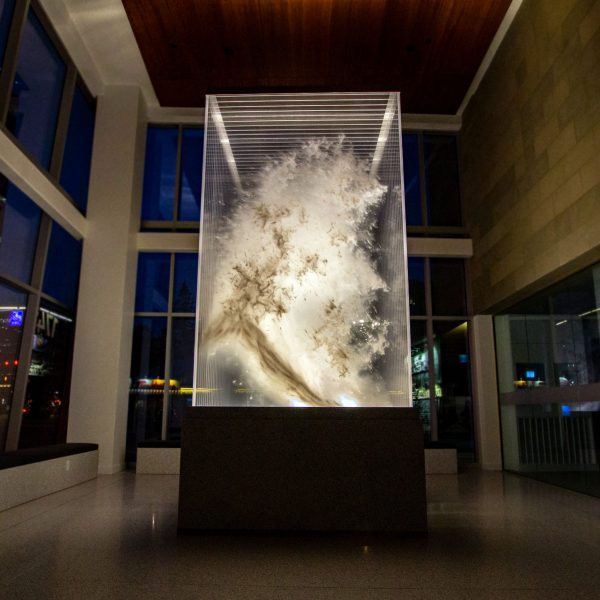 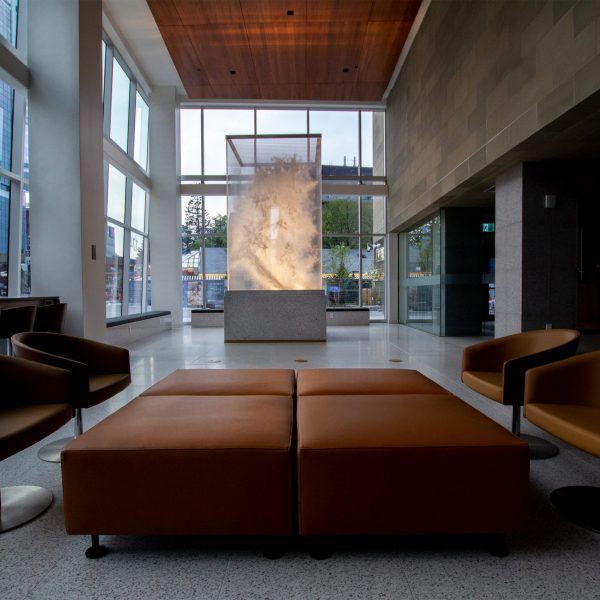 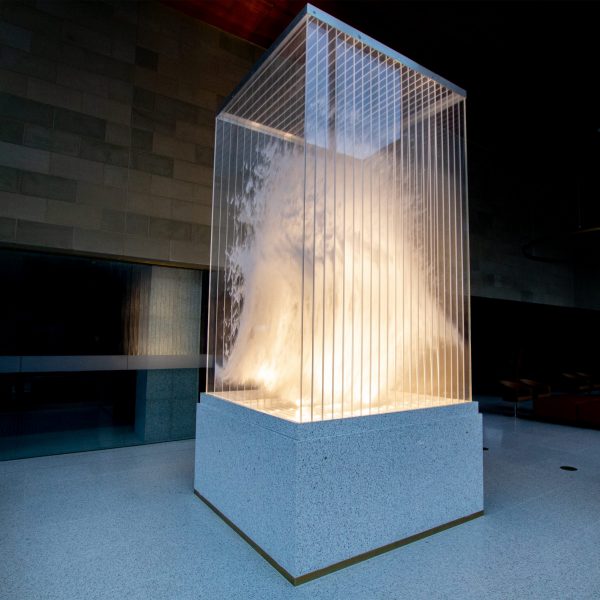